Day 7 of the tour commenced with the tour group leaving their base in Invercargill for the final two farm visits of the tour in the Dipton area.

First up was Sheroke Farm, to speak to Richard and Mandy Jones, Currently in their 8th season 50/50 share milking for the owners NZ Rural Property Trust on the farm milking 950 medium to larger framed crossbred cows off a 400 hectare milking platform, through a rotary dairy. The Jones’ employ 3 full-time staff, and described the challenge of employing quality staff as one of their biggest frustrations for the business. They described the process of employing staff which often includes migrant workers as slow, and has this season put employees under added pressure. 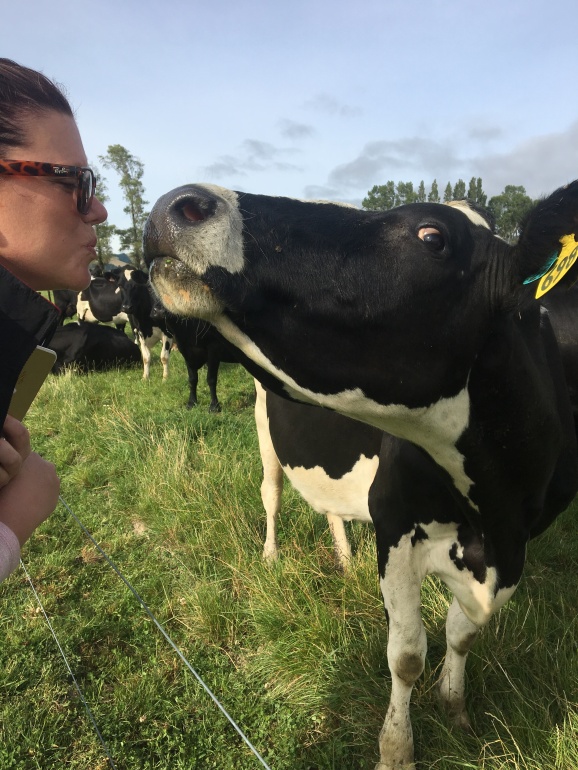 Lauren Peterson meeting some of the friendly locals at Jones’ farm in Dipton.

Mr Jones described grass as the biggest focus for the farm and the number one driver of profitability, and aided production with use of very minimal amounts of 180tonnes of PKE and 200tonnes brought in silage; by always focusing on getting the best quality grass into the cows on any given day, quality feed is maintained by the often aggressive use of a mower and putting the surplus grass into silage. In the spring the farm was growing up to 130t/DM per day which allowed Mr Jones to jump over 110 hectares of pasture and conserve this for later. As the farm with its free draining soils, traditionally dries of considerably for 6 weeks over the summer period, which makes it even more important for the farm to identify this grass surplus in the spring and have it stored to use in the shoulder of the season. 40ha of the milking platform was put into crop this season, with the mixture of summer turnips, and kale and fodder beet for wintering cows on farm.

An interesting practice used on farm is the use of once a day milking at the start of the milking season for the first 3 weeks of calving. With 77% of the herd calving in the first 3 weeks Mr Jones has opted for once a day milking as he finds that it alleviates the a lot pressure on him and the staff during the busy calving season, and also with the risk of frost quite often freezing the dairy some mornings it is easier for to wait and milk once in the mid-afternoon, cow production this season went from 1.76kg MS to 2.00+ kg MS once twice a day milking commenced. 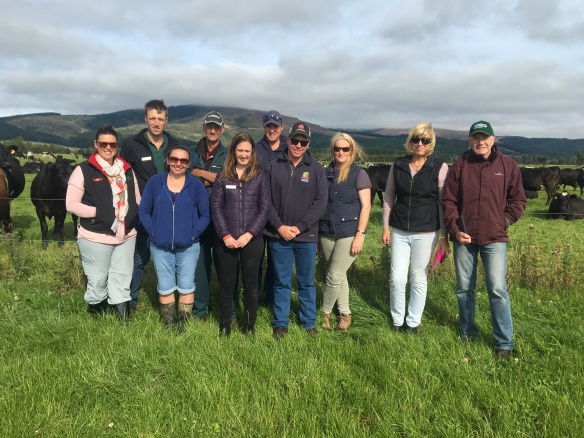 The tour group then relocated across the road to the passionate Stefen and Annalize du Plessis originally from South Africa who 50/50 share milk for the owners Owen and Margaret West Lake milking 630 cows supplying Fonterra. The major difference of this farm compared to traditional farms in the area was the use of 700 stall wintering barn fitted with water beds. 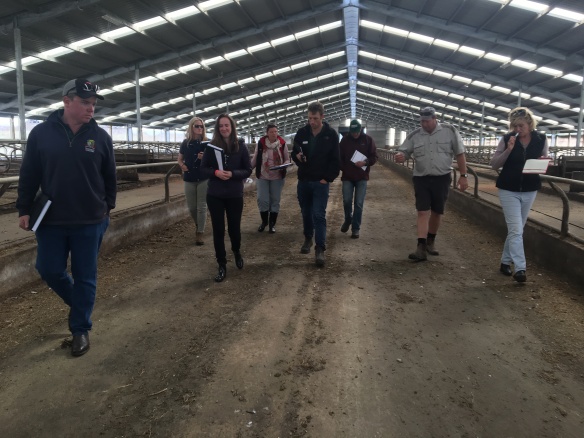 Tour Group walking through the wintering barn at du Plessis with Stefan.

This barn plays a major part in the business especially towards the end of the season, when grass starts to become shorter in the later part of the season, the herd is put into the barn for one feed a day where they are given fodder beet and silage. Allowing the farm to push the average days in milk out towards 305 days rather than the average lactation 270-280 in the country, allowing the farm to pick up late season incentives, once dry off commences the doors are shut on the barn and the cows remain here on the same diet of harvested beets and grass silage for the remainder of the wintering period, Mr du Plessis found that his cows are able to enter the winter period at a lower condition score and put on huge amounts of condition ready for calving. 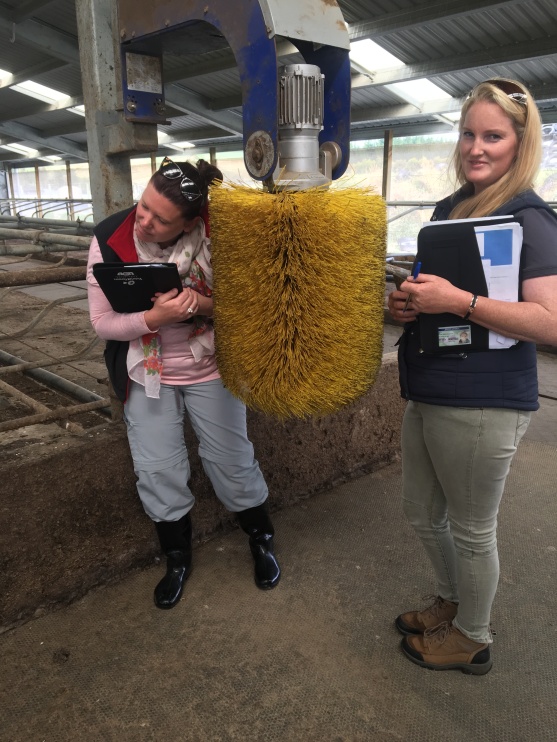 Lauren Peterson (left) and Denise Jones (right) with an additional luxury for the cows – the cow brushes that have them ‘shining like bottles’.

A key driver to the wintering barn was the desire of the farm owner to reduce the environmental footprint of the farm, because of the gravel underlay of the soils allows rapid leaching of nutrients; the shed is able to significantly reduce this with all effluent being stored and irrigated later in the season. The barn is not used during any other time of the season as the business focus of pasture consumption during the growing season.

The roto-flow dairy certainly left some heads spinning and the dairy floats on water and the entire floor area turns rather than just the platform. 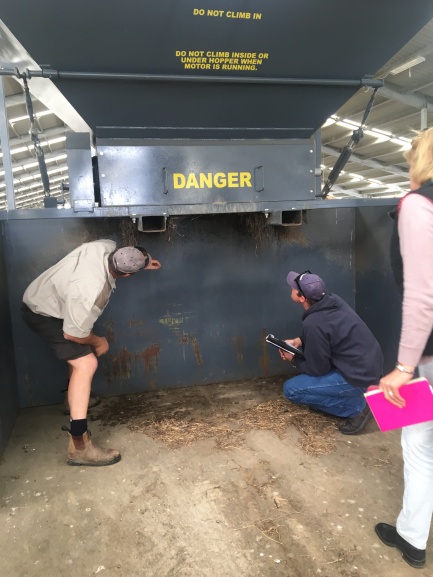 Alistair Harris checking out the fodder beet chipper with Stefan.

The tour then departed the Dipton area and headed further north taking towards Queenstown, taking in some of the most breath taking scenery in the world.

We thank both the du Plessis and Jones family for giving their valuable time and passion for the dairy industry.